There’s no doubt 2020 will stick firm in our memories. Despite being in pandemic related reaction mode for much of the first half of the year, time has flown by with days blurring into weeks and now months.

Given we’re just over half way through the year, it’s a good time to do a retrospective on your year to date. This is not a forward planning exercise. It’s a looking back, a reflection, to give you time to celebrate your successes and really enjoy them for a few moments. It’s for musing over what’s no longer serving you and how best to let it go, if you haven’t already.

• what are you most proud of in 2020?
• what’s gone particularly well & continues to serve you well?
• what brings you the most joy & how much time do you allocate for this each day/ week/ month?
• what’s gone less well & have you shed this from your work/ life?
• what lessons have you learned?

We often refer to metamorphosis when discussing change;
“The metamorphosis from a caterpillar into a butterfly occurs during the pupa stage. During this stage, the caterpillar’s old body dies and a new body forms inside a protective shell known as a chrysalis. Moth caterpillars and many other insect larvae spin silk coverings for the chrysalis.”

Time spent reflecting on the great work you’ve done so far is a critical stage of your metamorphosis. Allow yourself some time to get comfortable with this so you can fully realise your potential, before you move on. This ‘shedding’ process is all important. Not just in the boundaries you set but in the intentions you make for moving forward.

In the words of Maya Angelou: “we delight in the beauty of the butterfly but rarely admit the changes it has gone through to achieve that beauty”.

You’ll hear it all the time. It’s like a default position for many of us. The ultimate excuse for just about anything. A badge of honour, even.

But it doesn’t have to be this way. Busy isn’t productive. Busy isn’t the point. Personally, hearing these words makes me cringe.

Don’t get me wrong, I hear myself say it sometimes. Stress is nothing new. And in fact, so called ‘good stress’ or eustress is what gets us out of bed in the morning, in action mode and is within our coping ability. It’s when the stress becomes distress or ‘bad stress’ that we need to take stock.

Burnout as a result of ‘bad’ stress is not uncommon and is defined as ‘physical or mental collapse caused by overwork or stress’.

I think the ‘busy epidemic’ is often societal and status orientated. Certainly, in the West being seen as busy is often synonymous with success. A busy business is a productive one, right?

In their wonderful book, It Doesn’t Have To Be Crazy At Work, Jason Fried and David Heinemeier Hansson advocate calm over busy – “Chaos should not be the natural state at work. Anxiety isn’t a prerequisite for progress. Sitting in meetings all day isn’t required for success. Choose calm.” They also talk about all of this being about making a choice to be calm.

You can make a choice at any time. Busy doesn’t need to own you. You can own it.

Slow down and prioritise.

It doesn’t have to be crazy at work, rest or play.

After childbirth I began to really understand the phrase “your body can withstand almost anything, it’s your mind you need to convince”. Even before that, with a childhood spent falling off horses and an adulthood spent catching an eclectic mix of lurgies, my unique selling point has always been that I’m good at handling pain. I’m also stubborn and one of those people who tends to ignore the critics, block out negative comments and likes to try things out for myself. Some have called it bloody minded and they’re probably right.

So, when I was asked over a drink to take part in the Ben Nevis Challenge in 2016, of course the answer was ‘yes’. Then I read the small print. In a team of 4, climb (and descend – who knew this would be the hardest part?) the highest mountain in the UK as quickly as you can and, if that doesn’t finish you off, cycle a 25km route round The Highlands followed by an assault course on a Loch in a canoe for a mile or two. On paper, of course, this looked do able. On paper everything looks do able. Was this the midlife crisis people kept talking about? I was turning 40 that year so it was certainly possible. Many friends and family tried to talk me out of it which, of course, only strengthened my resolve. What could go wrong?

I started walking every day, did a bit of running and swimming but hadn’t been near a bike since a slightly fraught job in my teens where the toughest part had been the mile cycle to and from work. To say cycling and I don’t get on is an understatement. In fact, I can’t really cycle at all. As is the reserve of those entering midlife crisis, I hired a personal trainer who quickly became known as Fiona ‘Princess of Pain’. Fitness levels improved along with my resolve of “how hard can it be”? Cycling remained a mystery. Then I fell off my horse. Two weeks before the challenge. Crap timing but something very odd happened, my determination to do the challenge got even stronger. The pain was off the scale and I knew the medics would have signed me off, so I didn’t tell them.

A couple of days before the challenge we piled the kids into the car, strapped the bike – which had now been named Torture Tina among other less printable nicknames – onto the car and drove for 12 hours to Fort William. 12 hours in a car with small children is never fun but the heavy winds and driving rain made it even more stressful despite seemingly endless rounds of ‘I spy’ and ‘Guess the animal’. It was beginning to dawn on me what I’d bitten off. Not least since the injury was now almost crippling after the journey from hell.

Reality hit hard the following day when the alarm went off at 4 am and we had to eat enough, before leaving half an hour later, to keep us going for 8 hours. “Be bold, start cold” remains one of the best pieces of life advice I’ve been given. Hot summer days in this part of Scotland are rare as hens’ teeth so to find out 30 c was forecast all day wasn’t welcome news. It meant it was very, very hot to be taking on one of the toughest physical challenges of my life.

One thing that quickly becomes clear in any team event, particularly the tougher ones, is that it only takes one person to de-rail team spirit. Unfortunately, in this case, we had some team mates who were in it for themselves. Not while we had to wait for their leg cramps to subside, I might add, but for the rest of the challenge. 12 hours is a very long time with this kind of nonsense going on. But you learn a lot about yourself during this kind of event. A bit like labour, it can go on and on and you’re not sure when it’s going to end, so we got our heads down, blocked it out and managed not to push them off the mountain. I swore I would choose team mates more carefully next time…yes, next time!

Despite being in agony for a few days afterwards, the sense of achievement was phenomenal. The ‘never again’ mantra we’d been chanting for most of the afternoon, was quickly forgotten. This year I did my third ultra. Another 100km in 2 days on very challenging terrain. I do it for a different charity each year choosing one that is meaningful to me. This keeps us going as a reminder that there are people going through something much harder than a few days pain. I rope new people in each year and all of them break through and walk distances at an intensity that they didn’t think they could. Mindset is everything. As is camaraderie, humour, swearing and (in my case) song! Not sure yet what 2019 has in store but there is no doubt it’ll be as crazy a challenge as ever. And one thing’s for sure, we’ll say ‘never again’ for much of the last 10kms! 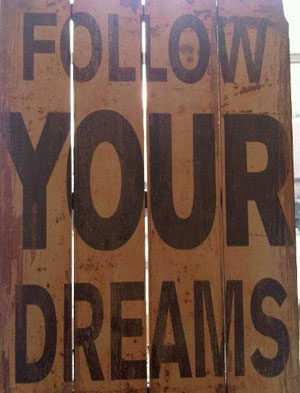